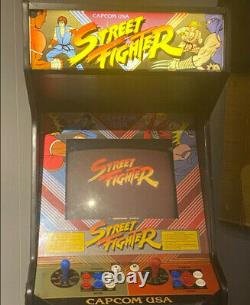 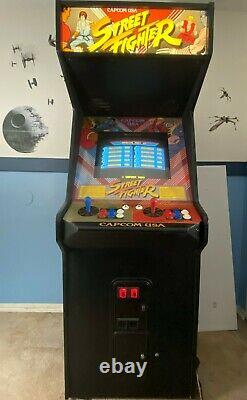 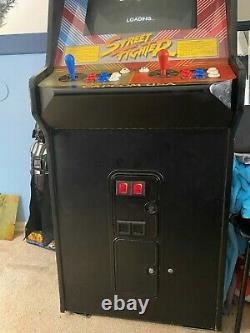 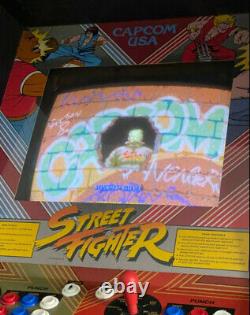 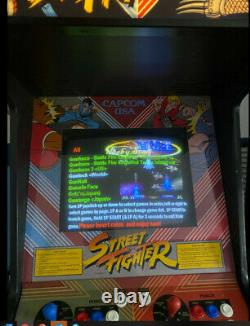 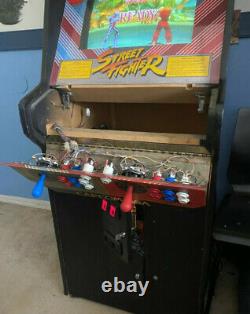 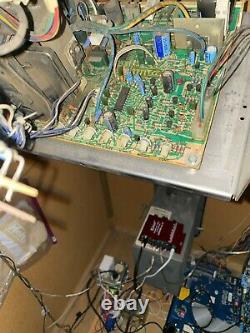 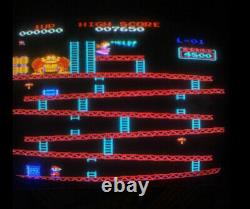 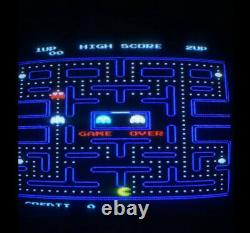 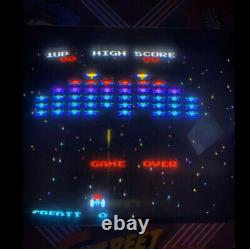 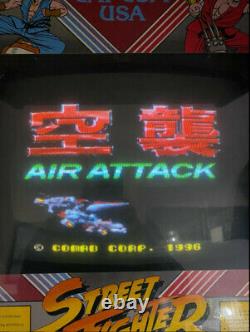 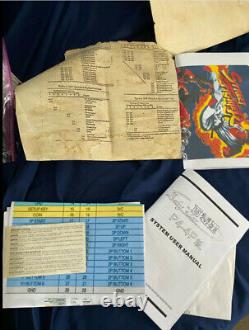 Original 1987 CAPCOM STREET FIGHTER Arcade - coin-op or free play. Streetfighter was the first 6 button fighting game. Totally stock Street Fighter - until you hold down the 1 player button for 3 seconds - then you get a menu with over 1000 games. I bought this for my family - and treated it like one of my kids and I SPOIL my kids!

Original CRT Monitor has been degaussed and adjusted for optimal picture. Added a multigame PCB with 1000+ games (Cabinet still has original Street Fighter Jamma board - just unplugged). Added a VGA to RCA converter to run all games on CRT. Added a stereo amplifier with hidden volume control - runs through the original arcade speakers you can play games with no sound to not disturb anyone, or totally blast it! Replaced broken Marquee with Correct NOS.

Can also switch to permanent free play via PCB. Can unplug multigame PCB and plug back original Street Fighter Jamma Board to go back 100% stock game.

Every modification done was done in such a way that it does not take away from the originality or prevent machine from reverting back to 100% stock Street Fighter. So, No new holes drilled in cabinets, no new external switches, no new electrical cords out back. Still a single plug out back, and an on/off toggle on top of the machine - Just like when it was first placed in an Arcade back in 1987. New internal wiring was done IN ADDITION to original, which is still there... Just unplug/replug harness and a few wires and revert to 100% stock.

Original sideart was gone when I got the machine. Searched for replacement but original is not available. Some original paperwork from 1987! Have kept this machine as original as possible, replacing with correct parts as needed and made sure modifications do not interfere with originality. The item "Original 1987 Capcom Street Fighter Arcade Machine Works Great 1000+ Games" is in sale since Monday, September 27, 2021. This item is in the category "Collectibles\Arcade, Jukeboxes & Pinball\Arcade Gaming\Video Arcade Machines". The seller is "vintagewatch23" and is located in Kendall Park, New Jersey.

This item can't be shipped, the buyer must pick up the item.